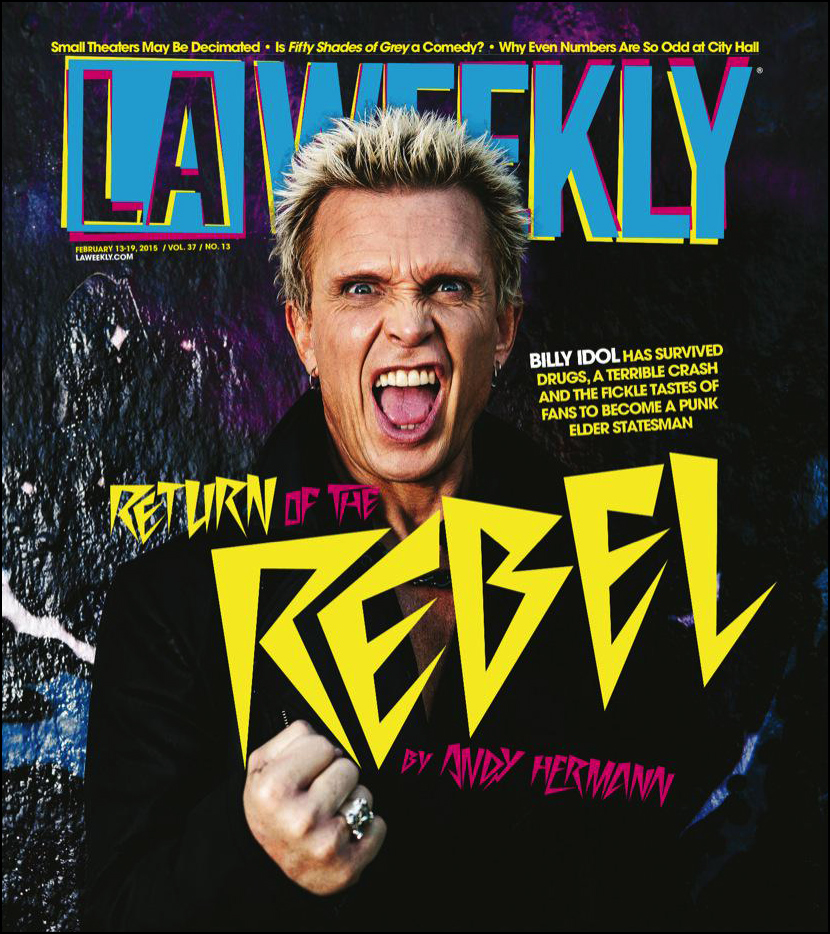 It would take years, but Idol finally detoxed. Now he stands as an improbable survivor not only of drug abuse and motorcycle accidents but also the fickle tastes of ’80s nostalgia buffs. With a new album and wildly entertaining autobiography, the rebel yeller is back.

Before there was pop-punk, there was Billy Idol. More than any other artist of his era, the man born William Broad brought the style and attitude of punk rock into the American mainstream…