Walking in to the Billy Idol rehearsal room feels like we never left. I mean, it’s a serious Déjà vu/Twilight Zone type vibe… my tech Jimbo is running about swearing and cursing at various bits of my gear disassembled on the floor, Billy’s tech Steve is saying nothing but calmly doing what seems to be a complete rebuild of pretty much everything. Steve Steven’s guy Marty is hidden behind racks of flashing lights and amps and pedals and FX, staring at a rig that would confuse the most senior NASA engineers. Our German production manager Karel is smoking one cigarette after the other and working out how to fit a square peg into a round hole. All the other guys (Dorian, Trevor, Lloyd, Joel and Greg) are on the couch with their laptops, in a row, saying nothing and deeply involved in their eBay/Craig’s List/Adult Friend-finder type activities. Best not to ask. And it’s EXACTLY how we left them at the end of the last tour. Freaky!! 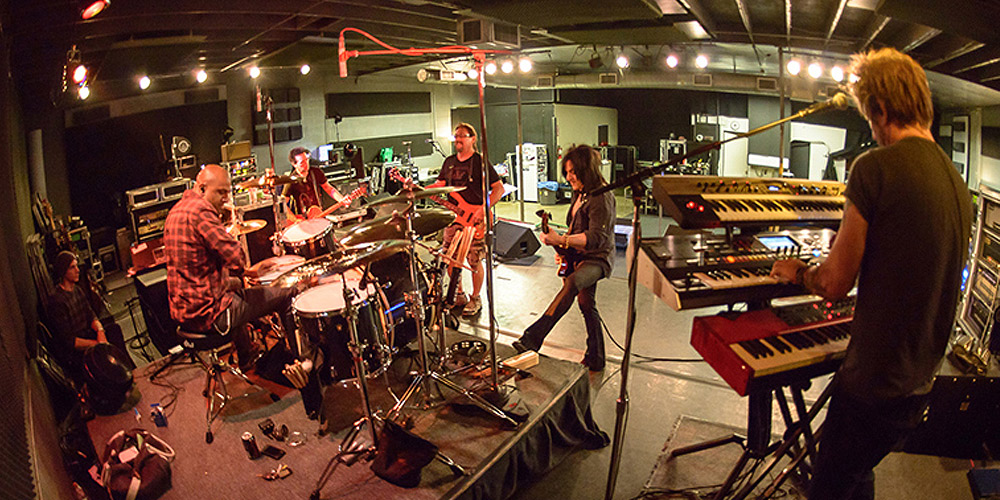 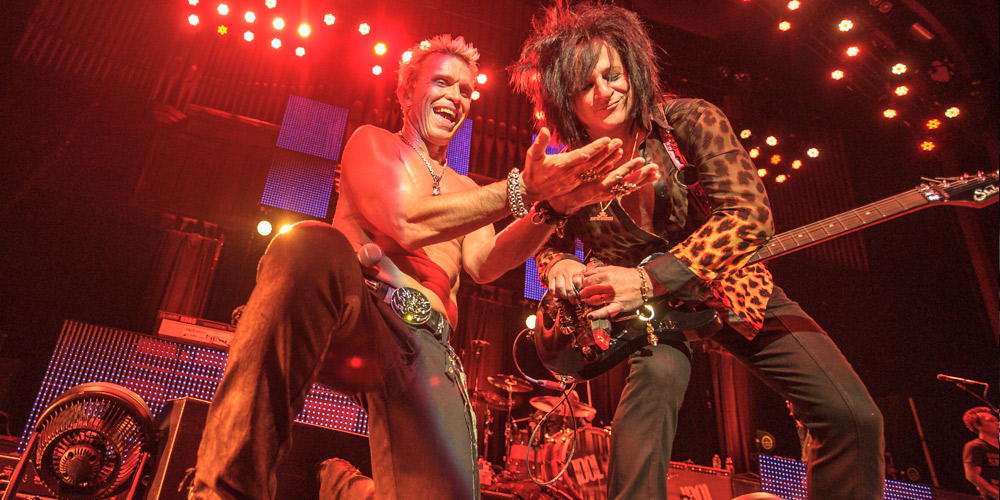 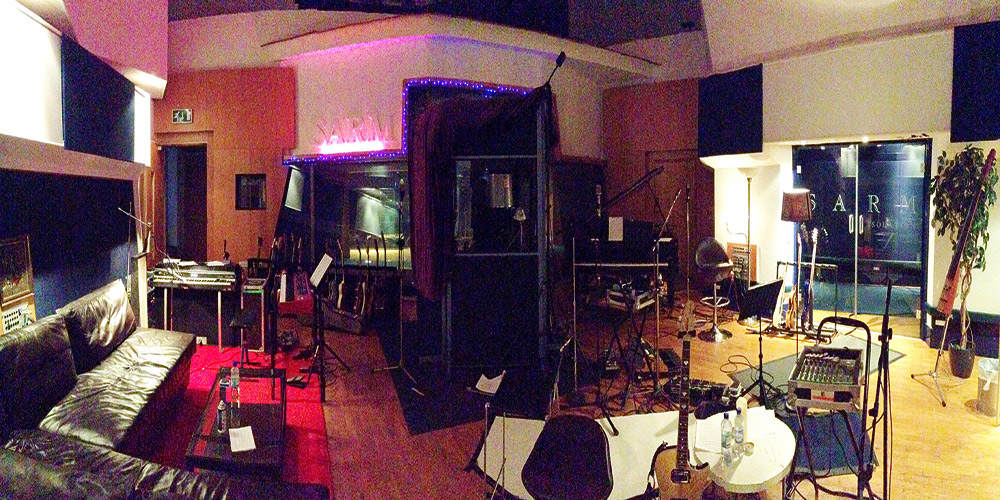 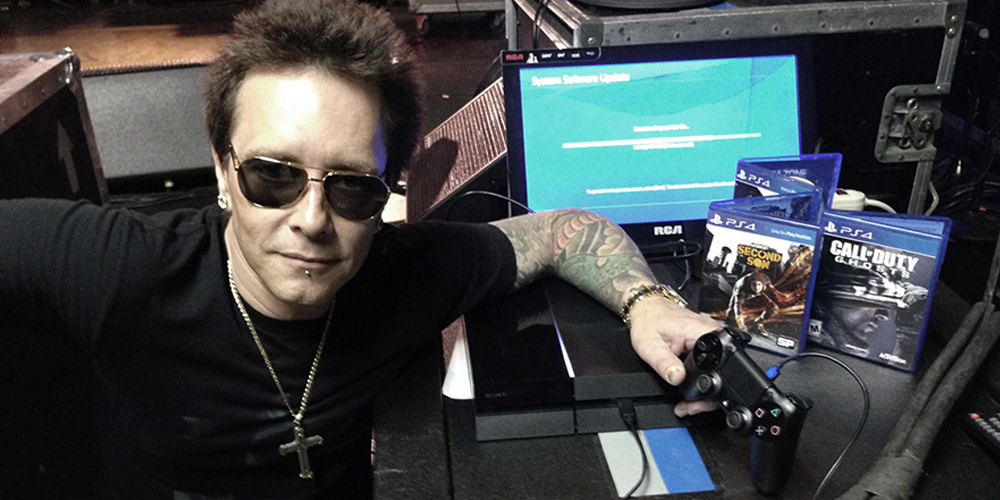 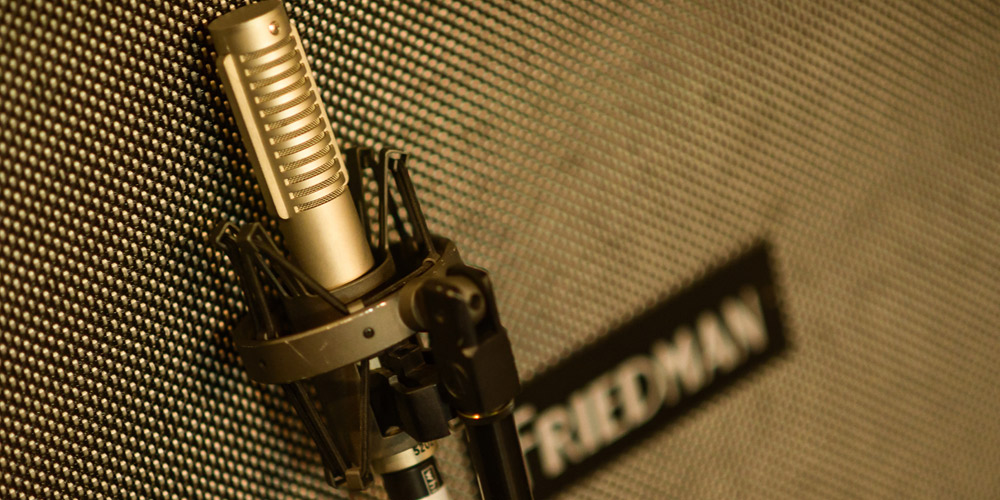 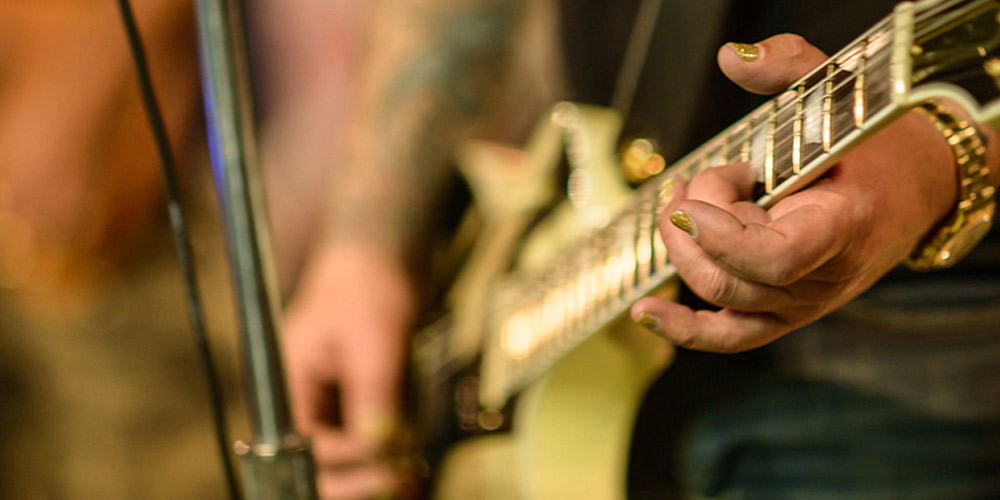 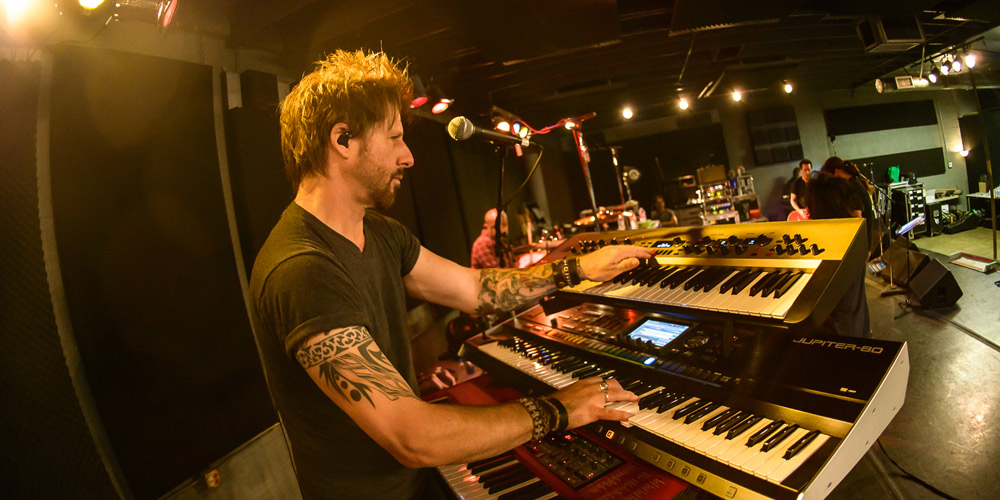 So here we go again – Europe 2014, but this time with a brand new album in the can (along with Billy’s highly anticipated autobiography), slated for release later in the year, and plenty of touring/press etc being scheduled to coincide with the album and book release. This is a different situation entirely. New music, new product… the first Billy Idol releases in quite a few years. And I have to say that it’s good. REALLY good. Not because I am in the band, and not because I was (proudly) involved in the writing of the record. Take ALL that out of the equation and it is still a fantastic record. Classic Idol, with modern touches, amazing production and really good song-writing. You guys are gonna love it. The pic here is of SARM Studios in London where we recorded most of the record. A truly iconic studio and an amazing experience tracking there.

The first week of rehearsals is a nice, easy affair. A few of us take a day each to go in and sort out gear – I know that it’s stuff I just couldn’t do with a whole band banging away randomly in the same room, Guitar Center style. I have a lot of guitars to sort out, and a few get sent away for paintjobs, or new pick ups and set ups, and we discover blown speakers, amps that need tweaking and wireless units that need software updates. That’s what a set-up day is all about. Time to slowly and methodically go through each item and make sure its ready for the grueling journey through Europe that it’s about to get. I added new guitars to the rack, and some killer new pick ups for some different tones on some songs. I also added a programmable Chorus into my rack which takes some tweaking to get right but is now sounding great. I’m excited to get stuck into the new songs, and also breathe life (well, breathe some new sonic tapestries anyway) into a couple of older ones.

As the days roll by, the new songs start to take shape. It’s exciting to see a set list come together with so much new material in it. And it’s a whole new ball game rehearsing up a brand new song that NONE of us have played live. When something from Billy’s catalogue is brought into the set, chances are that Billy or Steve have played it somewhere, at some time. So there is a basic blueprint of sounds, arrangement and how to make it work. But obviously taking something that has just been written and recorded and not released yet – that’s different. We all work together to bring them to life – Paul (our new keyboard player… the guy has that ‘just woke up’ hair, two day growth and casual demeanor that demands his nickname be LLPT – Ladies Love Paul Trudeau!!!) has a great voice. So he joins Evil McG and myself in working out backing vocals and harmonies. A great addition to the band – talented, funny and easy on the eyes!!

For me, one of the puzzles that need to be solved during the rehearsal period is always how to get all the shit I wanna take on the road into my wardrobe case! I really am a lunatic with this stuff. So far I have crammed all the stage clothes, 9 pairs of Nike Dunk sneakers, a TV (yes, a TV!!!) a PS4, an Apple TV, a Roland Cube amp for the dressing room, a Stanton SCS4J DJ rig, a pair of Cerwin Vega speakers, 8 canvases and a whole bunch of acrylic paints into my case. Now SOME may raise an eyebrow. Some may say I am trying to keep myself distracted. A therapist may put forward the theory that so many toys and distractions point to an inherent desire to run away from my feelings. Well, bring on your Transactional Analysis and Gestalt therapies. I welcome your “bean bag encounter’ sessions. Because to all these people, I say… bollocks!!! It is simply because I can. Why not?? I take all this stuff and make life on the road FUN! Remember that? Fun? I’ll be able to paint in my hotel room. I can play video games on the bus. I can warm up in the dressing room. Pretend to be a DJ (much to the annoyance of the rest of the band!) – Hold on… what’s that? oh… I think I’m having a feeling!! QUICK!!! Someone fire the Playstation up!!!!

As always, I intend to keep all of you up-to-date with my intimate, inside look at life on the road with Mr Idol. And with the new record looming, I would imagine things will be busy… and busy for me is fun. The rest of the rehearsals slide by in a blur of activity, and before we know it, the cases are being slammed shut, the truck is rolling out of the parking lot, and we are throwing the last pair of socks into a suitcase and headed towards an airport very soon. The BFI European Tour 2014 is underway and we are all looking forward to seeing some of you at the shows. Let’s do this!