I had the pleasure of sitting down with a Steve to talk about his latest release, Kings & Queens of the Underground, his constant desire to evolve as a musician, and his role within the monstrously successful band known to the world as Billy Idol. 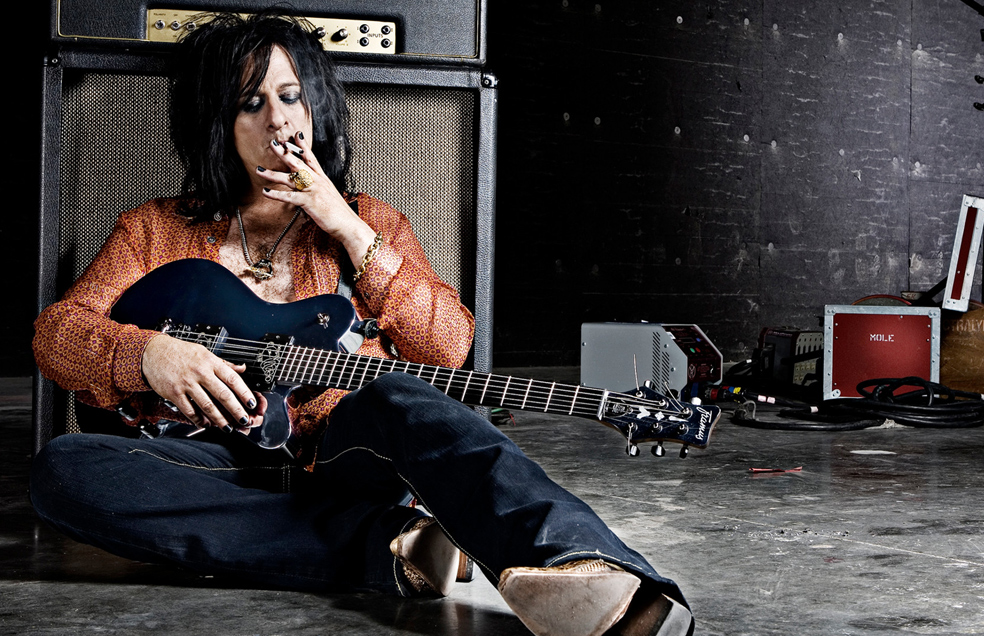 We knew that this CD would be accompanied by Billy’s autobiography, which was a retrospective look back on his career. So, for this CD we wanted to get back to making a more classic Billy Idol sounding CD, only updated.

Note from Steve Stevens: “Nowhere in my actual interview do I say that Billy hid anything from me. This was taken entirely out of context. We got into plenty of mischief together… and had blast doing so.” – Steve

Robert Cavuoto: Kings & Queens of the Underground has a very different vibe than Devil Playground which was more aggressive hard rock. Was that an intentional decision when you and Billy sat down to write?

Steve Stevens: Yeah, we knew that this CD would be accompanied by Billy’s autobiography, which was a retrospective look back on his career. So, for this CD we wanted to get back to making a more classic Billy Idol sounding CD, only updated.

Trevor Horn who produced the CD was also a big influence in that, as well. You have an amalgamation of influences and ideas, then siphoning through a producer like Trevor who likes to make big sounding records with big arrangements. We knew that going in and wanted to utilize it.

When Trevor heard a song, if he envisioned strings or what-have-you, we just went with it. Very rarely did we have to reel him in.

Robert: Tell me how Trevor came into the picture to produce the CD?

Steve Stevens: We were about four songs into the CD when found out that Trevor was available. I think as we were writing and things started to progress, we had him in mind. We definitely catered some of the materials towards working with him.

Robert: Tell me about the song writing collaboration between you and Billy?

Steve Stevens: On this CD the third songwriting partner was our guitarist Billy Morrison. The three of us would meet up at my place at a certain time just like a job.

Billy Idol would come in as he was working on his book and say, “I’m writing about this period of time” and then we incorporate those ideas into the songs. Like with “Ghost in my Guitar”, it’s definitely from the New York period when Billy first moved to New York and we met.

Writing a Billy Idol CD is rarely based on writing riffs, it’s based on a series of chords or lyrical ideas. Then I’ll take it away and write riffs around that. It’s a different process then working with other singers like Sebastian Bach, who wants the riffs.

READ THE REST OF THE INTERVIEW